Catholic math extends to other areas of Catholic life beyond calculating Ember days and the date of Easter. From a reader:

Just to complicate things further though, Jimmy Akin of Catholic Answers said a few years back that the 2 small meals and one large is an old wives tale and there are really no specific guidelines for fasting. I'm one of those 'five small meals/day' types, so the 'rules' always made me crazy anyway. I've never seen a conversion chart for the meals, but I'm sure it would work up into a nice algebraic formula. Anybody out there want to take it on?

I'm not sure where Mr. Akins is getting his information, unless the Canon Law is now considered to be an old wives' tale.

At least you only have to be crazy on Ash Wednesday and Good Friday, now that Ember Days are a thing of the past. I'm sorry the rules make you crazy. You'll just have to be crazy, though, because there are rules. 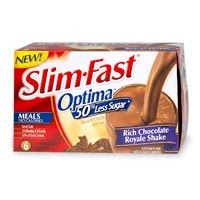 On a day of fast, you only eat one full meal. You may eat a little bit besides that meal, but what you eat cannot equal that one meal. You also cannot eat between meals. Or drink something that would seem like a meal. (You can't have a milk shake. That would be a meal. You can have milk. You just can't drink anything that would be considered a meal, like one of those diet meal substitutes that you drink, like SlimFast. If you're fasting you'll be slim fast enough anyhow.)

And just to prove that we are Catholic and not Baptists, you can have booze. You could have a Bloody Mary in between your breakfast nibble and your lunch nibble and you won't be breaking any fast.

We all agree, however, that having a Bloody Mary on a day of fasting really isn't in the penitential spirit of things. Neither is a Mimosa, just in case you thought a drink with "Mary" in it makes things better. 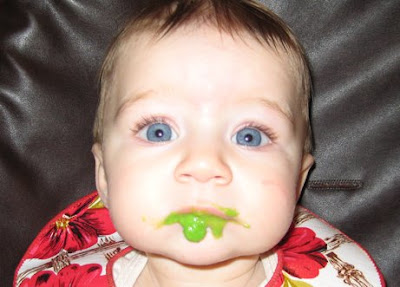 So the math on your 'five small meal' a day plan is actually not rocket science. I will tackle the math. Let's say this is what you eat for your five small meals:

A bowl of oatmeal
A half a sandwich and a little salad.
The other half of the sandwich and the rest of the salad.
A bowl of soup.
A little bowl of pasta and some vegetables.

I would say that any two of these things would equal a full meal. The end.

You could have a Bloody Mary. But we would rather you didn't.

See? Not so hard. One meal a day and some nibbling. The nibbling cannot add up to the full meal. This needn't mean you have to sit around counting peas.

Unless you already sit around counting peas. Don't stop on my account.

But let's just talk for one second about why we do this. 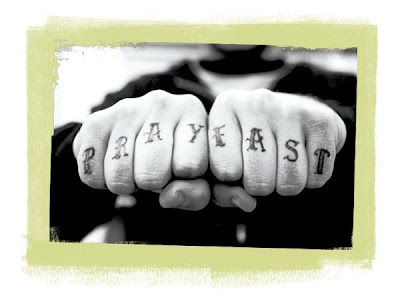 One: to align ourselves with the suffering of Jesus during His Passion.

Two: to free ourselves of the earthly things we obsess about every second, like "what's for lunch?" and "what's for dinner?" Forget lunch. Forget breakfast. Have some water. Eat enough to make up a one meal, or sit there and eat one meal.

Maybe the best penance for you is to not eat anything at all and then sit there and eat one full meal. Would that be a kick in the head? Good. That's the whole idea.
Posted by Sister Mary Martha at 12:29 PM

I like the idea of a Mimosa for breakfast and a Bloody Mary for lunch. Then a nice tuna sandwich and a side accompaniment like potato salad.

The text that you cite did not come from Canon Law -- it came from the Apostolic Constitution on Penance. Only the boldface text on that page was part of Canon Law.

My Pop hadn't yet married my Mom when the Great Depression hit, and since he was on our farm, he just trapped more rabbits and butchered a few hogs and put them in the smokehouse. Yum! On a farm you can always find something to eat most of the time.

My Mom was in Nurses training in a Catholic Nursing School in Salina, Kansas, and she often spoke of saving pennies so she could get 5 cents and get a hamburger after her classes... except on Friday of course!

thanks for the correction! I hope I was misremembering Mr. Akin, as I believe he is seldom wrong. I had always thought that I had to shift my eating habits to having one full meal and 2 small ones and not subdivide them throughout the day, so I would agonize over it, and then get frustrated when my meals were interrupted so I would have 1/2 a bowl of oatmeal, go change diapers, wash up, put a bandaid on, read someone a book, and eventually get back to the other 1/2 bowl of oats and feel guilty about it, get mad because it was pretty austere to begin with.

Oh... looking at the first picture... my Uncle Albert, who lived on his farm across the road from us used to eat his peas with a knife! I sat in his kitchen and watched him do exactly that many times as a boy! He never dropped a single pea! Those days are gone, but I put my dear Uncle and my parents in my nightly Rosary a lot.

If you get the opportunity, please say a prayer for the prayer requests on our main page.

You and your ministry are in my prayers!

ps - please consider following our blog or swapping links. I have 2 blue button links at the top of my sidebar. :)

I am sometimes asked to run cooking classes in the community (rural Japan), and since we have quite a few older folks, perhaps they'd find this interesting!

While the idea of adding the smaller meals together isn't a bad guideline, it's not what the law of fasting says. The law of fasting says that you may have one meal a day, though you may take a small amount of food in the morning and evening if necessary. There is no mention of what those meals add up to.

I am not disputing your suggestions of splitting up the single meal of day, Sr. Mary Martha. I'm just trying to clear up the mischaracterization of Jimmy Akin's posts on fasting. I found them interesting myself.

monica: Here is Jimmy Akin's lent FAQ, which he wrote 4 years ago: http://www.jimmyakin.org/2005/02/lent_resources.html . He does state that you are allowed one normal meal and two smaller meals while fasting.

Maybe you heard this from him a long time ago and he later corrected himself.

There is a third reason for fasting: Solidarity and compassion (co-suffering) with the poor.

Just out of curiosity, how would you differentiate between scrupulous and observant?

Just wanted to let you know -- your link that you used for referencing canon law has a bunch of things on it about how Pope Benedict and JPII are evil and not legitimate popes because of their ties to Freemasonry and Satanism. Thought you might want to know that....

Mea culpa! I did say that the error was my memory rather than Mr. Akin's post. I am much more likely to be wrong than he, and it had been some time since I read the post and was going by memory. I didn't have time to search his website - next time I'll keep my mouth shut.

SMM,
Thanks for the video of the pasta and peas. What a sweetheart Clara is...
Lately I have been hungry for a dish my mom would make for lunch when we were off school.
She would cut up some bacon and fry it, add stewed tomatoes and cooked elbow macaroni and we would dig in...what a feast.
Thanks mom. Rest in peace.
Barbara from Indiana

Dearest Sister,
I loved your comment about drinking. It reminded me of my novitiate year in the monastery on Good Friday. It was our custom to have cocktails at 5 p.m. promptly every Friday in the monastery prior to dinner. The Good Friday services had just ended. As the monks were returning to their rooms (there were 40 of us back then; I am now a priest (diocesan) 23 years), we were walking by the Community Room (a fancy name for a lounge) and there was good old Father Patrick, our Irish Senior monk at the time (some 80+ some years then) who had been a monk since Adam and Eve, setting up the bar. No one seemed to mind except me, ebing young in my vocation So I said, "Father Patrick, its Good Friday!" And without so much as a blinking an eyelid, he said to me: " Brother, it says you can't eat! It doesn't say you can't have a drink!" And within ten minutes the entire Community showed up for cocktails!" (No olives of course -- that would have been considered to break the fast!). TRUE STORY!! (Would I lie during Lent?)

My mother would make incomparable Spanish rice with first some fried bacon, then add to rice slow-cooked with spicy diced tomatoes. It was good then, but I've not been able to eat bacon like she cooked it for a long time. Barbara from IN; it sounds similar to the pasta dish remembered as a feast. (Am also, living in IN.)

It's sometimes remarkable how our 'tastebuds' change throughout our lifetime. Some of the ideas mentioned as penances when younger would not faze an adult because of the changes over time to our senses.

Sometimes, it's a matter of scrupulosity to ensure our own personal experience of suffering, but then one must remember the action as one 'in the spirit of' the thing. For example, in our town, there have been charitable projects to provide a young boy with an in-home swimming pool, because he was born with no sense of touch. He was forever sustaining quite serious health issues and injuries because he had no knowledge that he'd broken a bone or had a tummyache, etc..

I recall visiting my memere one summer when I was 7 yrs old, and she freely shared her chocolate dessert with me. I asked her, "but Memere, don't you want to eat it all yourself?" Since she was a wonderful cook, I could not believe she had no sense of smell or taste, but her reply was that she really didn't have a taste for it anymore--and, I wondered for a long time how one could lose a taste for something so delicious. (Unfortunately, it will be many years before I reach that age.)

Sister,
In regards to Canon law and fasting;
I was on a retreat yesterday with some people from my church, and our priest was one of two who concelebrated mass. We started mass at 11am but it took far longer than usual because one priest was explaining things as we went along. By the time both priests had given homilies, it was 11:55, and the facility we were at provided lunch at exactly noon and were very strict about punctuality. My priest stopped mass there and said we should break for lunch and then come back for the liturgy of the Eucharist. He said that as a local priest, he reserved the right to wave the fasting before recieving the Eucharist. Was this wrong? It felt very irreverent to me to stop mass for a lunch break.