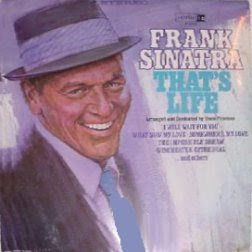 A reader responds to our musings on St. Gertrude of Nevilles:
As a poster of a holy card blog, and having a book that shows so many of St. Terese's personel holy cards, I nominate her for Patron Saint of Holy Card Collectors.

(Perhaps you were referring to St. Theresa the Little Flower. We keep her busy, too.)

I will confess St. John of God is one of my favorite saints. To begin with, he could be the guy Frank Sinatra is talking about in his song, "That's Life". John of God was up and down and over and out. And each time he found himself laying flat on his face, he picked himself up and got back in the race.

The reasons St. John of God became a saint? He had no impulse control.

When he was 8 years old, he heard a sermon and ran away from home with the priest who gave it. They traveled around preaching and begging until John fell ill. A wealthy man took John in to nurse him. John stayed there until he was 27, working as a shepherd until he was pressured to marry the man's daughter.

He just wasn't that into her.

So he took off to become a soldier. He had a swell time looting and burning and pillaging with that bunch, not to mention all the fun they had in their down time in their terrifically bawdy life, until he almost got himself killed and realized where he would end up for all eternity if that had

happened. No scapular promise for John. His companions did not care for the new improved John of God. They tried to get him hanged. They did manage to drum him out of the army.

I'm getting to the holy card part, I promise.

John went back to being a shepherd again. Sitting around with the sheep, he decided God would like him to go to Africa and ransom Christians. Waiting on the docks for his departure, he encountered a sad, sick family who was being exiled. St. John took over their care, nursing them on the boat and in exile in Africa. He begged and built and place for them to stay and worked for almost nothing to bring them food. He was working for a bunch of Catholics who beat everyone everyday, which caused him to want to give up the whole Catholic thing. A priest told him to get out of there and go to Spain.

So he went to Spain.

There are holy cards in this story, my hand to God.

Back in Spain, John must have never made it past the docks, because he worked there unloading cargo. He started reading religious books. He was so happy with his religious book reading that he thought he should spread the joy and he became a religious book peddler, a Fuller Brush Man of holy reading material. 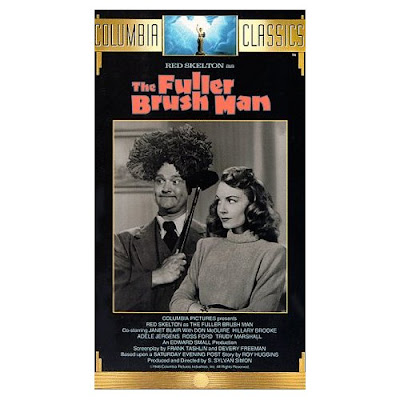 Does anyone remember the Fuller Brush Man? Only us old folks, I guess.

But that's not really what he's known for, although he is the patron saint of holy cards.

And that's why I love St. John of God. Once you go crazy and end up in the asylum, everyone ever after thinks you are crazy. You are officially, because of the asylum stint, a crazy person.

Before St. John was in the asylum, he would have maybe been seen as one of those people who just never 'found their niche' or their 'calling' or their 'thing'. A wanderer through life.

After the asylum: crazy. But that didn't slow him down for one second.

What St. John accomplished in the remainder of his life is astounding. He became a nurse in the asylum when he was feeling better. When he was released, he nursed people in abandoned buildings, begged for beds and mattresses and food and clothing. He rented rooms for them. He gathered them together and cared for them. He changed bandages and bedpans.

And how did people respond? "Not in my backyard!" "He's gathering the troublemakers!" "That guy's crazy!" Well, he had no impulse control.

What did Alice say? "The more things change, the more they remain the same."

Imagine all the people he rescued. He rescued more.

The asylum, his former home, caught on fire. When St. John arrived on the scene, everyone was just standing around watching it burn to the ground with everyone and everything in it. St. John of God ran into the fire. He rescued every single person. Then he went back for the precious mattresses and bedpans. Cannons had been brought in to separate the burning part of the building from the rest of it, but St. John, with his poor impulse control, climbed on the roof and used and axe to get the job done. The roof collapsed and John disappeared. He walked out the door unscathed.

St. John of God died from pneumonia after trying to rescue someone from a river. He died on his 55th birthday. He is officially the patron saint of alcoholics, book binders, book sellers, holy cards, dying people, nurses, firefighters, heart patients, publishers, insane asylums, lunatics and sick people.

Not bad for a crazy person.

Posted by Sister Mary Martha at 11:20 AM

I am 47 years old and I remember the Fuller Brush man. He was very persistent. My mom would hide in the stair well until he left. He was just too hard to get rid of.

Good to know my patron saint actually had some hands-on experience...

Heehee...this story makes me think he would make a great patron saint for people with Attention Deficit Disorder.

That's 12... he must hold the record for being a patron Saint.

Sounds like John may have had HADD, bet he could have used a tablet of Ritalin or two. I a exhausted just listening to his escapades.

Ritalin might have calmed him down, but would he have become a saint?

What a life. It makes me want to cry to hear how persistent he was to his mission, through all these trials and tribulations. Thanks for relaying this. We are all called to be saints.

1. I just saw a picture of the Virgin Mary appearing in the leftover grease of a George Foreman grill. What should one think of this and similar instances?

2. My mother told me the story of a saint who, when she became a nun, saw the Virgin Mary, who told her why something in the past had happened. She said that the reason a handsome man hadn't danced with her when she was younger was because he was a demon, and she was protecting her. That was a bad synopsis of the story, but do you know who this saint was and the full story???

I have a new patron Saint! I qualify under several auspices, but I'll go for Patron Saint of Attention Deficit and Hyperactivity Disorder!

I have a new patron saint!

I was wondering if there is one for females who have ADHD?