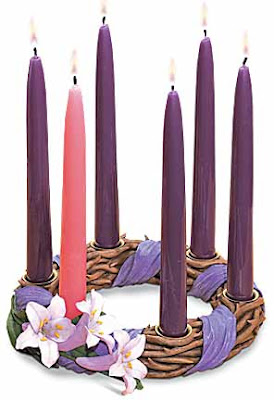 I'm reading about Abe Lincoln again. It's that "Team of Rivals" book. A much better read than the Ben Franklin tome I just slogged through. That took me forever. I like getting the information, but reading the book was it's own kind of Purgatory. Time stopped, that's for sure.

I always think about Abe Lincoln during Lent because if had just been Catholic, he wouldn't have been at the theater that fateful night. He would have been at one of those really long Good Friday services with three priests and a procession with incense and he would have been kissing the Feet on the Cross. He might have dodged a bullet by leaning over to do that, since people were trying to kill him left and right.

I thought of all of that again because everyone is so surprised by the Lenten wreath. They are not new, but there are some discrepancies about what color the candles are supposed to be. Some have all white candles with one black candle for Good Friday. (That's what set me to thinking about Abe Lincoln's last full day of life. He actually expired the next morning. ) The tradition I had as a child was all purple with one pink. And in church there was a giant pink candle for that day, too. So I don't know what rock you've seemingly all been under, but if you want to get on the bandwagon, it's early yet.

Also, folks are still arguing about the whole 'take Sundays off" thing. I found this fun site of how to spend your Lent. They are clearly taking Sundays off. (But they have a Lenten wreath....do I get to say, "I told you so?" I suppose not. Not during Lent, anyhow.) I'm not a take Sundays in Lent off kind of gal. As I've said before, we are trying to more closely identify with the suffering of Jesus and Jesus did not take any time off from His suffering while He was suffering.

He didn't suffer every second of His life. As gruesome as it was, His actual physical suffering only lasted for about a day. As suffering goes, things can be much worse for much, much longer. You might recall that the soldiers were surprised that Jesus died after only three hours. Some people had what happened to Him happen to them and they lasted for days. Things used to be pretty tough if you even got sick. Imagine the suffering of the sick before the days of penicillin and morphine, having to have your leg sawed off after it was crushed by a musket ball during the Civil War with no anesthetic, no antibiotic, no pain relief of any kind, for example.

I digress. Jesus certainly suffered. And He suffered every time He thought about our sins and during all the time He spent with the poor and suffering. We can get it together for 40 days and a couple of Sundays, can't we? You get one pink Sunday. Bite the bullet! Which brings me to our next question:

Just out of curiosity, how would you differentiate between scrupulous and observant?

Oh. It's a matter of semantics, isn't it? 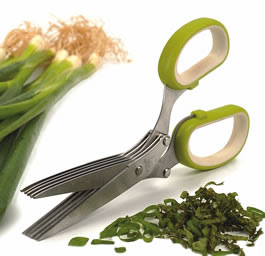 Observant means to take extra care to pay attention. That could mean just making sure you watch your fingers when you're snipping parsley so you don't snip off the top of your pinky. Sister St. Aloysius did that once when she first arrived here. She didn't want to make a fuss, so she taped her finger back together and put the roast in the oven. It actually worked out. No antibiotic or morphine required. She should have been more observant. Now she is scrupulous when she snips parsley.

Or it could mean, pay attention to the rules. When we say we are 'observing' Lent, we all understand that we're not sitting around watching people give up their coffee. It means we're not eating meat on Fridays and we've given something up ourselves and we're trying to stick with it. It means we know what the rules are and we're sticking to them.

Scrupulous is just being observant on steroids. And it connotes morals. Scrupulous is rigid observance. It would mean there is no question that you are not touching whatever it was you gave up for Lent. Getting up an hour early to read the Bible? No slouching!

Is that bad? Only when you judge others. Unless you're the Mother Superior or the head monk. Then it's your job.

You can go right ahead and be a scrupulous maniac. We need people like you. You may well end up being a saint as long as you mind your own garden. Mother Teresa never asked everyone to be Mother Teresa. Just her nuns. She was, after all, the Mother Superior.

Here's a little left over question from a couple of days ago when we discussed gossip. Gossip, by the way, is an oddly popular thing to give up for Lent.

I have a problem with giving up something for Lent that you are supposed to not be doing in the first place. Should we give up drunk dialing for Lent? 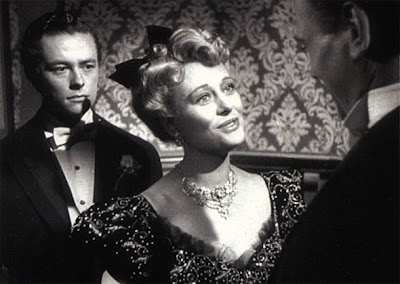 What do we do when the gossip is about us. How does one as a Christian act upon learning that someone is out there spreading rumors about her?

Haven't you ever seen "The Magnificent Ambersons"? That whole movie is about how Joseph Cotten's life is practically ruined when the woman he loves' son decides that they all have to behave as though what people are saying about them actually matters.

The question is: is what the person is saying true? If it is, I would say confront the person and ask them not to spread the information around. Tell the person it is not just for you to not be able to explain or defend yourself and kindly request that they zip it.

It's not true? Then ignore it. If you try to defend yourself, you'll just look really guilty.

SPOILER ALERT. If you haven't ever seen "The Magnificent Ambersons" stop reading now. If you haven't but you don't care because you never intend to watch it anyhow, read on. Just know that you'll be missing out on the second movie Orson Welles made after "Citizen Kane." 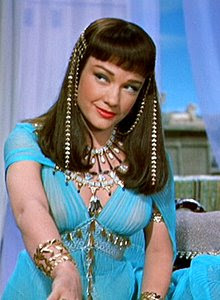 Ann Baxter in the Ten Commandments. Just sneaking in a little religion.


That's what happened in "The Magnificent Ambersons". Everything would have been fine for Joseph Cotten if the kid had not tried to shut up the gossips. It made everyone body think the rumors were true and the Magnificent Ambersons weren't magnificent anymore. His mother who had loved Joseph Cotten, pined herself away into an early grave and the son was finally hit by Joseph Cotton's invention, the car. He is saved by antibiotics and morphine and recovers to marry Joseph Cotton's daughter Ann Baxter.
Posted by Sister Mary Martha at 3:45 PM

Ohh Anne Baxter. My favorite not-actually-Biblical temptress ever. I want to wear one of her costumes for Halloween.

I am not so sure I agree with your definition of scrupulosity. Sometimes people just use it to mean very upright behavior, but it can also mean a very painful spiritual disorder. Someone with an overly-scrupulous conscience thinks things are sinful that aren't, and often feels terribly guilty and less worthy than everyone else. They are far harder on themselves than on others. For example, if I were really scrupulous (and I was for a while), and I ate a nibble of the chocolate I gave up for Lent, I would beat myself up about it for days and think I was unworthy to receive communion. Or maybe I would see someone Catholic eating a ham sandwich on a Friday, and I would feel guilty about not smacking it out of his hand the second I saw it. (I could think of more absurd examples, but it's not healthy to warp my brain like that.) A scrupulous person would go to confession every hour if they could.

At its worst, scrupulosity makes a person teeter on despair and distrust the advice of even the holiest priests. (So it's really a cousin of pride.) Some historians think Martin Luther suffered from scrupulosity. That whole "saved once by faith alone" idea gave him an easy solution to all the guilt he felt.

I know what you mean about some of those books. God Bless these authors who are writing 600 page biographies, but it takes me months to read them. In fact, I'm lucky if I can finish 4 or 5 books a year. I've recently discovered the children's library history and biography section. I can get some basic information about people without too much of a time commitment. I just finished a short biography of Napolean, and now I know a bit more about him. Didn't take more than a couple of weeks, either.

It's so delightful that you are lately so prolific, SMM.
I, too, was under the impression that scrupulosity was something to take to the confessional.
How interesting about Lenten wreaths - I must have been under a rock since I have never heard about them. It only makes sense though, what with Advent wreaths and Advent being intended to be the 'little Lent'. No one seems to give up anything for it, though!

Sarah, you're right about scrupe (as we who have dealt with it call it). It is actually an extremely painful branch of OCD, and not to be taken lightly. My daughter suffered (and I don't use the term lightly) from scrupe for several years. Fortunately, we had a wonderful priest at the time who had dealt with it in his own life and really knew how to help her!

Scrupulosity has been understood by the Catholic Church for many, many years and there are special guidelines for the confessor to deal with it. St. Alphonsus Liguori suffered from this disease and did some of the first writing about it. Here's some information:
http://www.catholicculture.org/culture/library/view.cfm?id=3739&CFID=25557520&CFTOKEN=31946915

Scrupulosity can be a very horrible cross for some people. It has been compared to OCD.
I still had never heard nor seen of that wreath till your blog. No joke.

One year I gave up complaining. It changed my life.

Thanks for the advice, SMM! I think the only question I have left about gardening is: if we got to be very good at gardening, wouldn't we have to help our muck-covered neighbor when she comes over to borrow a hoe? Fortunately, I don't have a green thumb like you, so I don't anticipate having this problem. Instead, I am fasting and speculating that Sister St. Aloysius' thumb was green (by metaphorical extension) a few weeks ago. Green has always been one of my three favorite colors.

I DO enjoy your blog!

I would also weigh in with Sarah about scrupulosity. It can be much more than hyper observant!

I, too, a lifelong, practicing Catholic, have never heard of a Lenten Wreath. This I find particularly surprising because I live in a parish that has people from all over the country in it. This MUST be a new devotion.

I think it has merit.