You Are What You Don't Eat 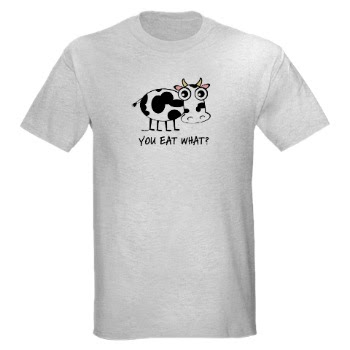 Here we are just about smack dab in the middle of Lent. What is a smack dab, anyhow?

Lent can be equally confusing.

In the old days, and by this I mean the way old days before even Fred Astaire, eating meat was a luxury. It has always seemed to me that giving up red meat for Lent, or on Fridays, was to give up something that, if you had it, it would be really hard to pass up eating.

Then we hit a time when it seems that red meat was just about all we had at every meal. It was hamburger or pot roast or Salisbury steak or Swedish meatballs or beef stroganoff all week, cat fish on Friday and fried chicken on Sunday. Meals at my house as a child were always structured around the meat part, even the fish. Beef, chicken and fish. Everything else was a side dish, a 'go-with'.

Meatless? A pox on your house!

Back then, the Catholic rules and guidelines for Lent were a no-brainer. A day of abstinence meant no meat. The penance factor was obvious and felt. 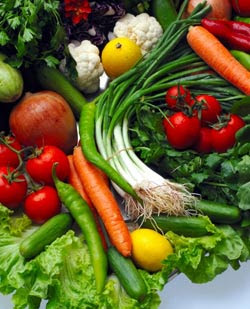 The rules are the same. But the world around us has changed dramatically.

Then we have our vegans, who eat no animal products of any kind, which includes eggs and diary and the horse they rode in on. God Bless them.

And once a person has entered this world of dietary restrictions, we also have people who never touch sugar, caffeine and alcohol.

I'm not talking about people who have diabetes or high blood pressure and have to watch their salt and sugar intakes. The Church already has guidelines for sick people. Sick people don't have to fast and abstain. Neither do little children or really old people.

I'm talking about perfectly healthy adults who have already don't touch everything the Church is asking them to give up for Lent. What are they supposed to do? Skate?

I believe that many of them do. I hear them laughing to themselves behind their hands. To them I say, "Not so fast, bucko! You can't just dance merrily through Lent eating the way you always do." The idea here is to identify with the suffering of Jesus.

I don't think vegetarians should start eating meat, or have an egg if you're a vegan. But you're going to have to come up with something.

Here are my suggestions for days of abstinence:
Full vegetarians should give up beans, a major source of protein. If you don't feel that, throw in the cheese, too. No cheese or beans.

Fish eating vegetarians should cut out the fish. Make yourself a Hula Burger. That should cause some suffering.

Quasi vegetarians should stop calling themselves vegetarians, for starters. But they should also give up fish on Fridays, and find some other ways to atone for being so confusing.

Vegans....I'm at a loss to help vegans. I have one idea. Get yourself invited to a dinner party every Friday and don't say one word to the hostess about your myriad dietary restrictions and then just only eat what you can of what is being served and if anyone asks about it, say you are fasting for Lent. Also spend the entire Lenten season not talking about being a vegan or anything else about your diet. That should cause some profound suffering.

Because it's all supposed to get even trickier as Lent goes on. I hope everyone is not just sitting around saying to themselves, "I gave up desserts, so that's that." That's not that. As Lent continues one needs to step up one's efforts. If you never touch sugar and alcohol and caffeine to start with, you're going to have to dig deep. Only drink water, cut out a meal altogether, eat only half meals.

Trust me. It will make Easter all the more thrilling.
Posted by Sister Mary Martha at 12:43 PM

Sister, I'm a vegan and got such a kick out of the First Annoying Vegan cartoon. You're so right about those who already restrict their diets and how we should kick it up a knotch during Lent.
I look forward to your next post!

Wow, thanks, Sister! Giving up cheese is a very good idea. Will add that.

One of my fasts is not telling people I'm vegetarian, and eating what's put in front of me.

We used to be vegan, but when we became Byzantine Catholics, we realized that it wouldn't be much of a hardship to do the Eastern-Rite fast (no cheese, eggs, or meat throughout Lent) if we were vegan all the time. Plus we had little kids who needed more protein, so we went back to being omnivores.

Not only is it easier to invite us over for dinner during non-fasting times, it sure does make Lent more of a spiritual journey. Especially when I'm making hot dogs for the kids and opening a can of refried beans for my husband and myself. (The kids are too young yet to keep the ancient fasting regimen.)

I am a fish eating vegetarian, and I give up my fake meat(soy burgers, chicken, etc) on fridays!

I give up the things I really want to eat. That makes it simple. This year it included chocolate and all desserts, and some other personal things.

My idea of sacrifice is that God wants us to especially give up those things we love, but that aren't good for us.

Here's a thought: if you eat fish and/or chicken you are NOT a vegetarian. People who eat fruits and vegetables plus meat (includes chicken) and fish are called omnivores.

Sister, could you please voice any opinions you may have about the Catholic charismatic movement? That would be very helpful to me.

OOoooh- Matthew, you should check out fisheaters.com It's a really conservative webiste, very pro-tridentine, if you catch my drift. I just read their articles on that subject due to the RENEW group coming to my parish. It was very interesting and, of course, they bashed it.

I also have a question: Why doesn't the church consider fish 'meat'? Or do they? My husband (Lutheran- I'm working on it), although he respects the Friday Rule, and we do year around for vocations, wants to know why the church considers fish to be abstaining from meat? Especially when we go out and, Oh no! We can only have lobster tonight? What a sacrifice! Obviously we don't run to Red Lobster on Good Friday or anything, but why doesn't the church say 'no meat', period? As in, eat vegetarian on Fridays? There must be some old precedent set for some reason at one of the councils of yore. Does anyone know?

I just wanted to wish you a happy St. Patrick's day!

Your point about going without meat one meal out of 21 per week is very well taken! The abstinence part of Lent is supposed to be a hard sacrifice that builds discipline and character. Substituting fish for meat doesn't seem much of a sacrifice (unless you hate fish, which is another story.) Some of the Friday menu ideas I've seen in Catholic papers include recipes for roasted salmon with sauces and batter-fried fish.

An excellent Friday Lenten meal for vegetarians OR vegans is Mudjadarra. It's the Biblical lentil dish that Esau sold his birthright for and is quite simply boiled lentils, sauteed onions and rice. Non-vegans can add butter if they want it to be a bit more palatable. It's a dish that fills the belly, but not much more than that.

I also like the idea of inviting some friends and having a Hunger Meal http://lutheran_peace.tripod.com/HungerAwarenessMeal9d.pdf. Something that gets the point across better than changing one excellent and expensive source of protein for another.

It's my understanding that the Latin word used in the official documents is 'carne,' which has definite connotations of red meat, much as 'vir' (used to describe candidates for Holy Orders) has an exclusively male connotation.

Teehee....
Last lent I was pregnant and couldn't fast. But I had a vegan midwife. I was in my last trimester and was seeing her every week, and she would harass me endlessly about not being vegan. I thought that was maybe kinda like fasting since it gave me a complex about everything I did eat.

Sister,
There is no such thing as a fish eating vegetarians. If the only meat a person eats is fish, then they are a pescetarian. I loved your bit about people who eat chicken and fish should stop calling themselves vegetarians ^_^