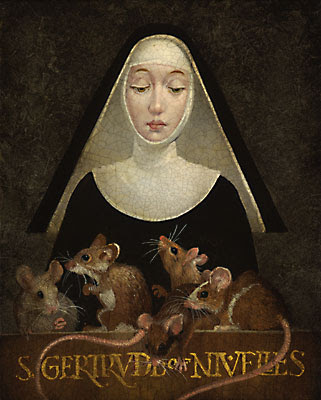 A reader says:
The beer is to get the taste of the corned beef and cabbage out of your mouth. I suspect a green milkshake would only make it worse.

We have left over corned beef and cabbage, so my opportunity to suffer continues. A better penance for me tomorrow would be to actually eat it again, instead of any fish.

We have had a surprising number of cat lovers glomming on to St. Gertrude of Nevilles, the patron saint of cats. I hope I haven't mislead anyone.

So there you go.

St. Gertrude is actually not the patron saint of mice, either. She was particularly devoted to the Poor Souls in Purgatory and they were often depicted as mice.

Of course, somebody just made that up. But I wouldn't mind it if it were true. Maybe they tell us everything we we always wanted to know, like who shot Kennedy. But there are no 'days' in the next world. 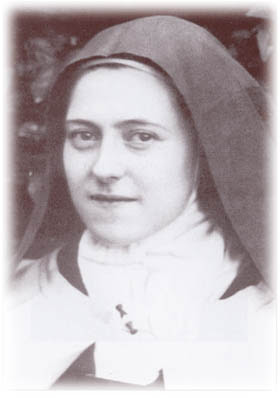 It wouldn't have been my call for St. Therese the Little Flower. There are plenty of other things she could patronize that would make more sense. Aspiring authors would be a good one, since St. Therese was not the sharpest knife in the drawer but managed to write a book that earned her the title "Doctor of the Church". That should inspire anyone who thinks they might have a novel up their sleeve. 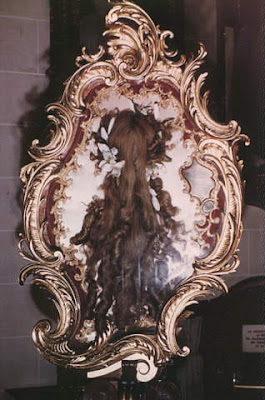 She could be the patron saint of "Daddy's girls", as she was one of those young ladies who had that type of close relationship with her father.

She could be the patron saint of wig makers, since her father kept her beautiful hair after it was all cut off in the convent.

She could be the patron saint of bloggers, since she kept a precise diary. And in my shop I have made her the patron saint of people who are annoyed by the annoying habits of others, because her diary was a precise list of her suffering there in the convent by being annoyed by the other nuns and such. She kept the list so she would be able to keep track of her offerings to the Poor Souls in Purgatory.

Which brings us back to St. Gertrude.

I'm glad we have St. Gertrude for our patron saint of cats. Dog lovers can't hog all the fun.
Posted by Sister Mary Martha at 10:40 AM

Love your blog, Sister. Learn something every day I log in.

Here's my question, and it's actually something I used to think about when I was a little girl.

What was the purpose of cutting the hair of nuns/nuns-to-be? Do some orders still do that?

I read St. Terese's book Story of a Soul. St. Terese traveled to Italy when she was a teenager. She met the Pope and asked him to let her be a nun at a very young age. I don't remember how she got there. I think she rode on a train.

Where did you find that image of St. Gertrude! It's so sweet!

When I was getting my undergrad in psychology, I named my lab rats "Gertrude" and "Nevilles". Sadly, Nevilles died shortly, but Gertrude stayed around for quite a while. My lab partner never understood.

As the poster of a holy card blog, and having a book that shows so many of St. Terese's personal holy cards, I nominate her for Patron Saint of Holy Card Collectors.

Hey, St. Martin dePorres has a picture of a cat on his card. I don't remember any cat stories though.

where do we get a copy of St. Getrude's diary?