Patron Saint Round Up

I thought I would overuse punctuation to punctuate the urgency.

Sister--HELP--who is the patron saint of finals week and midterms? Thanks ever so much. 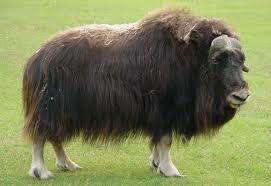 He's perfect for you because he ended up being the smartest guy in the room, as they say, one of our most cherished and heeded theologians.  When Aquinas finally did start talking, he really had something to say and everyone is still listening.


Who to ask for help when you're pulling out all of your hair because of a disobedient teenager?? 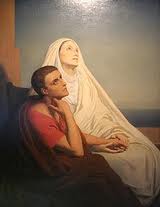 Oh, duh.  There actually is a designated saint for mothers of teens.  Snap.  Eye roll.  Tongue to teeth noise. Stand on on foot and throw the hip to the side.

St. Monica had the most unruly son ever.  Her son, Augustine, made a point out of doing whatever he liked.  Booze, women...you name it.  He even prayed that there would be no reason to interrupt his lifestyle, like having to think about the fires of Hell.

Monica never gave up.  She prayed and lectured and finger wagged relentlessly and her nagging paid off. Her son became, like St. Thomas Aquinas, not only a saint, but a Doctor of the Church and one of the most shining examples the Church has ever had.

I'm told that when the Spanish Conquistadors arrived on the West Coast, they found a rock that was burbling water endlessly and it reminded them of Monica, endlessly crying for her son.  They named the place Santa Monica, as a result.

In the meantime, while you're pulling your hair out, you might want to ask for the intercession of St. Wilgefortis.

Hello Sister,
I was wondering if you could tell me who is the patron saint to save failing marriages and/or of wives who have been cheated on? I don't believe in divorce but I need a whole lot of help to heal the hurt.
Thank you for your time. 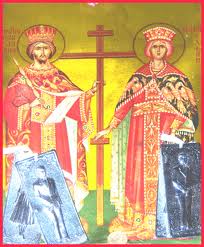 There are two that spring to mind.  The first is St. Helen, whose husband dumped her for the new model.  He was the Emperor and when he died, his son took over the world and turned it all Christian and made his mother the Empress.  Actually, it was because of St. Helen that her son, St. Constantine, was converted, so we owe her a lot.  As if that wasn't enough of an achievement, she also found the True Relics of the Cross.

And St. Rita, who really only wanted to become a nun, but was married to the most miserable man, so miserable that the mob bumped him off.  She eventually was able to enter the convent, where she received the Stigmata.  Not the whole thing, just the Crown of Thorns.  Actually, not the whole Crown of Thorns...just one thorn.  The wound festered and caused her to have to stay alone in her cell because of the putrid smell. But ever after her death, the room has smelled of roses.

We'll keep you in our prayers.  You might also consider the patronage of St. Maria Goretti, who was able to forgive the unforgivable.
Posted by Sister Mary Martha at 3:32 PM

Just FYI - You responded to my request for patron saints for my nephew who had cancer, loss of faith and selling a business.
My nephew passed early Monday morning. We are grateful that his struggle and suffering are over. I have been reluctant to pray lately as I can't seem to see any purpose to it since praying didn't cure him of the cancer. I hope I get over it soon.
I am grateful to you for your prayers and for the prayers of your readers. I ask that you all pray for his parents, sister, wife and son.
Thank you.

Eternal rest give unto him oh Lord and let perpetual light shine upon him, from the gates of hell deliver his soul oh Lord, may he rest in peace. Amen.
May his and all the souls of the faithful departed, through the mercy of God, rest in peace. Amen.

As to the patron saint for test taking, I suggest St. Joseph of Cupertino. When being tested for Holy Orders he was asked the only question for which he had studied, and was able to answer it so well the Bishop assumed he must be a genius.

Dear Sister,
I can vouch for St. Monica. My oldest son has been quite a caution. When I converted I chose St. Monica as my patron saint. With her help (and the help of many others!) I have prayed and prayed and prayed for him. Slowly, but surely, he is coming around. We haven't stopped our prayers (and won't.) I am very much comforted by having her help.

Yours in Christ,
Beth