If It Bleeds, Mop Up the Mess 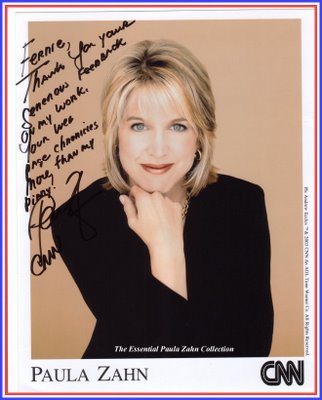 Sister St. Aloysius and I were channel surfing last night. Sister Mary Fiacre was with us, of course, but I can't actually say she participates in any way. It's hard to tell. It would be hard to tell at any rate, but last night we gave her a couple of large marshmellows for dessert and she enjoyed them so much we gave her several more. So whatever her commentary at any point might have been we'll never know what she intended to tell us.

I have mentioned that Sister St. Aloysius and I often watch the news with the sole intent of choosing things to pray for. For about 15 seconds we were about to pray for some poor souls who had been kidnapped. They looked awful, sweating behind bars, frightened expressions on their faces. Then we realized that I had hit the wrong button for the news and we were watching network television.

So at least I can report to you that the season premiere of "Lost" is October 4th. I know some of you were concerned.

I have to confess that Sister St. Aloysuis and I stole the idea of praying for the news from some other nuns. Those cloister girls have deep thoughts and are champion pray-ers. This little group of Carmelites have a website. If you've just had a short visit with this link you've already seen that it's actually called "pray the news".

They'll pray for you, too, whether or not you're newsworthy. And you better get over there fast because they're all old, there's only a seven or eight of them and they're dying off one by one. Pretty soon there will be no one to do their shopping, let alone run a website.

Sometimes the news seems so overwhelming that we just don't know where to dig in prayer-wise.

But to be honest, it's not that overwhelming when you boil it down. You have to realize that so much is hype and spin and 'if it bleeds it leads." So we are compiling a check list to wade through the madness.

How to Tell When You Can Cross Something Off the Prayer List:

1. If the story is about a politician, take a bathroom break. Unless the poor soul is having personal problems like an illness...we could pray about that.

2. If the story has a question mark behind it. "Muslim in the Senate?" "Armageddon?" "World War Three?" A question mark means it's automatcally stupid thinking in the first place. Grab another marshmellow.

3. If Paula Zahn looks really concerned about it. Just change the channel.

4. If the story is only showing stock footage: some kind of rioting, terrorists training, really fat people walking around with their faces blurred. It's a slow news day.

5. If the person speaking is a geologist, in particular a siesmic geologist. Although, if he was ever correct all you could do is pray anyhow. You may as well turn your attention elsewhere.

7. If it's William Donahue, just pray that he doesn't have a heart attack.

That's the list so far. I'm sure you all have some ideas. The list really helps us narrow the field.

And when in doubt these days, I always fall back on my new obsession, the possibility of another war in heaven.
Posted by Sister Mary Martha at 12:27 PM

awwwwww...........I'm married to a geologist. They're not all like those "earthquake predictors" on TV. I would hope that if something horrible happened to him, you would still pray for him ;)

I think along with TV geologists you can lump TV epidemiologists predicting that we are all going to die of "bird flu", but they don't quite seem to know when.

Ray, I think you are correct. By this time next year we should have a very accurate list.