Every Waiter Has a Screenplay, But God Doesn't 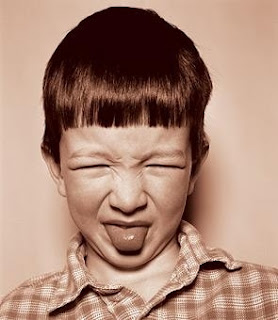 I guess "It's a Sacred Mystery"  won't cut it.  That was always what the old nuns said, back in the day, when they either didn't know the answer or they knew that, since you were seven years old, you wouldn't understand the answer just yet (if ever).

And your answer: that is the answer.

But you might try something along the lines of,  "Your kid hates green beans and you know that if you put green beans in front of him he'll make a face. Does that mean you are in control of his face?  No, it means you know what's going to happen."

Knowledge is not control.

But here's an element that you folks might not have discussed.  God isn't sitting around with a day planner, thinking, "It's Tuesday September 6th, 2011.  Genevieve will turn right instead of left and miss the curb and sprain her ankle. Bob will kill at his presentation.  Charlotte will spend almost an hour looking for her glasses, which are on her head."

God isn't like us.  We live inside Time.  We can only see the world as the past and now, and we can't see the future at all, even into the next millisecond. 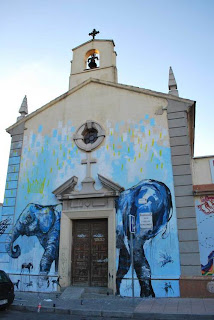 God lives outside of Time.  He sees everything all at once. He just sees what you're going to do. He doesn't make you do it.  Seeing the future does not equal controlling the future.

And underneath this argument is the elephant in the room.  What about "God's Plan"? If God has a plan for you and He knows what's going to happen, then what difference does it make what you 'choose',  you're going to be following His plan, even if it means you'll end up in Hell.

That's really the crux of the argument isn't it?

Which is another huge misunderstanding of what "God's Plan" is.  God's Plan is that you find your way to His Love to be with Him in eternity.  How you do that is totally up to you.

One last thought about Free Will and God's Plan: Human beings are made in the image and likeness of God, so one of our intrinsic attributes is that we always choose good.

Sorry to put Hitler and saints together in the same paragraph.

My point is our choices are based on what we perceive to be the best thing to do, which is sometimes totally wrong headed.  God's plan is that our lives somehow manage to head in His direction. He can see you coming.
Posted by Sister Mary Martha at 12:36 PM

I have a question about a comment I made about a year ago on one of your earlier posts. It's a comment on this post: http://asksistermarymartha.blogspot.com/2010/01/another-set-of-twins.html. I was wondering, if it isn't too much trouble, if you could delete my comment, which was a question about an image you had posted in which I unwisely used my full name. I apologize for asking this of you - it was my silly mistake - but I would deeply appreciate it. (My post was made at 1:36pm and identifies me as an editorial assistant - I'd rather not use my full name again here, or I'll just repeat the problem.)

Thank you, and again, sorry for the trouble. I couldn't find an email address for you so that I could avoid asking this in form of a public comment.

I'm really loving the easiness of these answers.

Sister Mary Martha,
My Mom died in a nursing home last November. She was unconscious and her heart just stopped after 3 days. Our family called the priest who ministered the Last Rites. She could not receive the eucharist as she just looked like she was sleeping. He was very joyful and told us Mom would go straight to heaven when she dies. We prayed the rosary many times as a family for her and said our goodbyes. She was unable to have her last confession and was somewhat confused the last year, but attended weekly mass. I thought she would still make a stop in Purgatory. I am not taking chances and have masses for her. She suffered much in her life and I would love to think Father was correct, but it sounds too easy the way he told us. What do you think? Thank you.

Thank you so much for this post Sister! I had a proverbial "lightbulb" moment on this same subject of free will a few months ago. The person I asked about it gave pretty much the exact answer you did, and the Holy Spirit filled in the rest. The conclusion I came to was almost exactly what you wrote: God has one ultimate will for us, but gives us several paths to achieve that will, and we may choose which one to follow. This was something so new to me, and what freedom it brings! Thank you for posting!

I am so glad you have your full cohort of nuns on-site now so you can get back to us! This is a wonderful answer to this oft-repeated statement which I'm going to FB.