We've heard back from our previous poster, ripe for further discussion. Unfortunately, the message cut off before it was finished, so I hope we hear from her even further. Here's what we have so far: 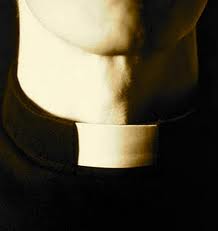 Hi sister, I am the one that wrote the question. I suppose I didn't go into details as I was afraid of being a tattle-tale. And much of what you said is eerily on my mind as we transition through this time. I also want to stress that perhaps conservative was not the right word. Just a way of saying a priest who upholds and defends the faith, even if it goes against popular thought. I meant conservative in the sense of being willing to uphold the faith, even in times of trial. Willing to say those unpopular things, because that is what people need to hear, but love all sinners anyway. The priest I mentioned, other than running off a beloved associate pastor and offending some other congregation members with gossip, addressed the sex scandal facing the church that one Sunday. He stood on the pulpit and said he could not teach us the Catholic faith, specifically saying, "I cannot teach the Eucharist." He then proceeded to apologize. "We are sorry for abusing you."
There was more to the message, but it got cut off somehow.

Yes, conservative doesn't seem like the right word to me, either. Upholding the faith is not very conservative, as our faith is not very conservative. I'm not sure why we would call someone who upholds the faith conservative. I worry what the word you might have for those who don't defend the faith might be.
That said, I think what the priest said from the pulpit merits some thinking.  What he said, at least the way you've related it, doesn't make sense to me. I can't think what he was trying to say.
I have a guess though.  Perhaps what he was attempting to say, in what seems to be a very clumsy way, was that he, as part of the clergy, felt culpable for the actions of his brothers, and was apologizing on their behalf.
The sex scandal in the Catholic Church is a massively complex issue for the members of the clergy and I believe it is precisely why it went on the way it did. Part of the awful truth is that the Church thought it was doing the right thing by being forgiving to those fellows and just moving them somewhere. That simple fact is so mind boggling under the circumstances that it causes people's heads to explode. So trying to address it is equally and always explosive, pretty much no matter what you try to say about it. 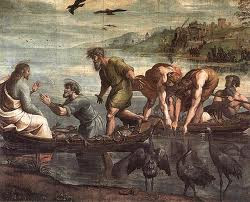 So why did he bring up the Eucharist? Because the worst part of all of it is a priest and his own state of grace as a minister of the sacrament. We can't go to Communion in a state of sin.  Can the priest administer the Body of Christ in a state of sin?
"The celebration of the Eucharist, however, cannot be the starting point for communion; it presupposes that communion already exists, a communion which it seeks to consolidate and bring to perfection. The sacrament is an expression of this bond of communion both in its invisible dimension, which, in Christ and through the working of the Holy Spirit, unites us to the Father and among ourselves, and in its visible dimension, which entails communion in the teaching of the apostles, in the sacraments and in the Church's hierarchical order." -- Pope John Paul II

So we're all in this together. And perhaps your priest was trying his best to come to grips with a mind boggling list of heinous sins and talk about his own struggle to understand any of it, let alone his place in it. And he was doing so in within the theology as he understands it.

But we must be very careful in our criticisms of the clergy because they have to face things and understand things that we never have to face or understand, always maintaining a state of grace, which is simply not possible.

St. Francis of Assisi was once told about a wayward priest. This priest was spreading heresy.  What was St. Francis' response? He ran over to where the priest lived and threw himself at the man's feet.

"I don't know whether these hands are stained as the other man says they are. [But] I do know that even if they are, that in no way lessens the power and effectiveness of the sacraments of God... That is why I kiss these hands out of respect for what they perform and out of respect for Him who gave His authority to them."

Our job as the "not clergy" is to follow the example of St. Francis by spreading the faith, not by pointing out the sins of the bishops and priests, but to live the faith so joyfully that is becomes irresistible.

Thanks for this post - you are right and you say it beautifully. Thanks for the reminder.

I consider myself a conservative Catholic. Although I'm sure that the world considers all Catholic Teaching radical.

Conservative is from the root "conserve". That is, to maintain. Jesus was not conservative because He did not come to maintain the status quo. He came to fulfill the established religion and establish a new religion. This is so "radical" that God, His Father, had prescribed death as the penalty for this action.

But, every Christian thereafter sought to pass down the Faith of Jesus Christ without deviation. Therefore they sought to conserve the truth which Jesus deposited with the Church.

Romans 16:17 Now I beseech you, brethren, mark them which cause divisions and offences contrary to the doctrine which ye have learned; and avoid them.

Catholic Teaching is radically different from the teaching of the world.

1 Corinthians 1:21 For after that in the wisdom of God the world by wisdom knew not God, it pleased God by the foolishness of preaching to save them that believe.

It will always be so. A conservative Catholic is one who maintains and passes down this Faith which is so radically different than that which the surrounding world will accept:

Romans 12:
2 And be not conformed to this world: but be ye transformed by the renewing of your mind, that ye may prove what is that good, and acceptable, and perfect, will of God.

Thank you for responding to this in suce a well thought out way. It is much to think and pray about.

Feet--don't know. I'll have to measure.

Dear Sister,
I'm a little new to learning about the Saints, so I'm hoping you can direct me here...is there a patron saint for unappreciated homemakers? (I thought that sounded better than "Who should I pray to when I want to throttle my husband?") I'm trying SO hard to be a loving, gentle, *sigh* obedient wife and mother, but it sure isn't easy when I feel taken for granted all the time. Thanks for any guidance you can give me.

Alaska Mommy - have you taken an NFP course together? I've heard it does wonders for marriage, and husbands gain a new appreciation for their wives. I don't know first hand because I've never taken the class (being as I'm not married) but this is what I hear from everyone who has taken it. The only naysayers I have heard are outside the Church, or are lukewarm Catholics (to put it charitably.) Just my two cents!